Have you ever had a drink with a vampire? Now’s your chance. Catch Dracula Untold at Universal Orlando’s Cineplex 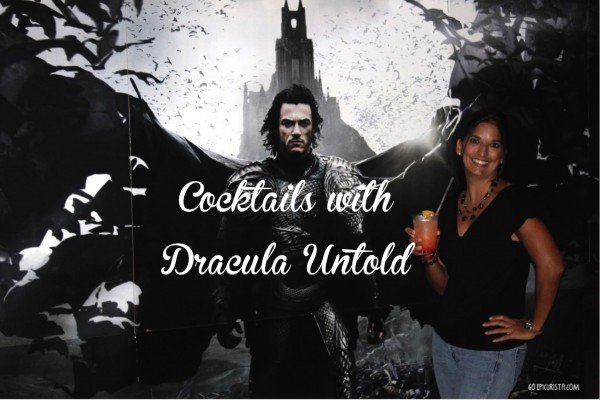 A fun night at the movies is always a great way to celebrate with friends. Add some cocktails and it’s a party! I’m not a big horror movie fan, so this time of year proves a bit scarce for me in the movie department. I would much prefer to catch a good action flick or love story. Last week I attended a screening at Universal Orlando’s Cineplex of Dracula Untold, the origin tale of the most famous vampire of all. It was a thoroughly entertaining night with epic action on the screen, cocktails, popcorn and fun around CityWalk, one of the top entertainment complexes in Orlando. 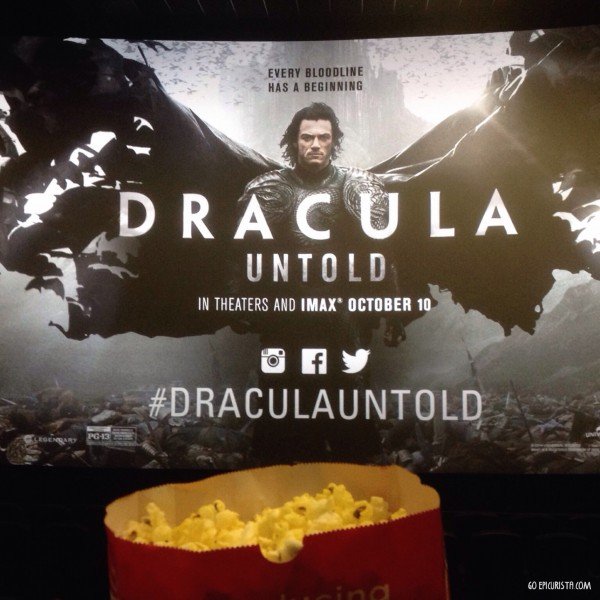 At first, I worried about the scare factor. This movie inspired one of the haunted houses at Universal Orlando’s Halloween Horror Nights and they don’t hold back on scaring the living daylights out of you! Stay tuned for more about that this week, when I actually go inside the house! Not sure how I agreed to visit #HHN24, but that’s another story.

Dracula Untold had edge-of-my-seat action scenes as Vlad (aka Dracula) battled the Turks to keep his family and the people of Transylvania safe. It had a bit of love story with the smoldering Luke Evans (Fast & Furious 6, The Hobbit: The Desolation of Smaug) and gorgeous Sarah Gadon and the necessary, albeit minimal, gore with one scene in particular, where the vampires attack. In this movie, categorized in the action-adventure genre, which I’m sure has incensed horror fans out there making their comparisons to Draculas past, the story of Dracula is loosely inspired by the history of Vlad The Impaler. However, in this let’s-go-back-to-the-beginning tale a la Batman Begins, Dracula is more the conflicted anti-hero than the monster we have always known. Personally, I’m ok with that. Everyone deserves to reinvent themselves, right? 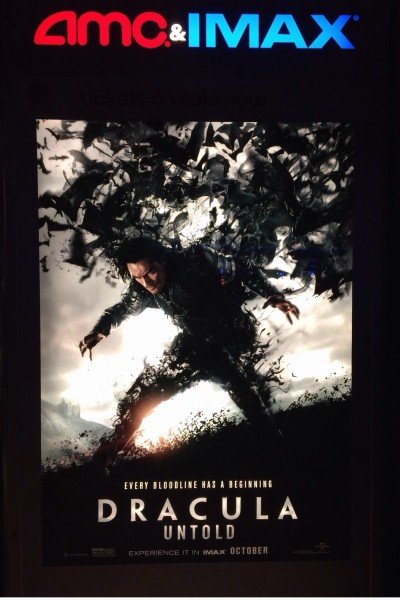 The CGI special effects were riveting, especially any of the scenes where the bats were involved. (I can’t believe I just said bats were riveting but they were!) My only complaint is that I wanted more. More action, more drama, more story, more sex, and yes dare I say even more gore. The movie, clocking in at 92 minutes, was just too short. The story was not quite fleshed out as it could have been. It was an entertaining popcorn-flick that provided a fun night out. For me, if a movie keeps me at the edge of my seat, without looking at my watch (or phone) thinking about all the stuff I have to do, I consider it a winner! There is promise of a sequel and possibly a Universal monsters saga following in Avengers and DC Comics footsteps. I would love to see more of Luke Evans as Dracula so count me in for the next one! 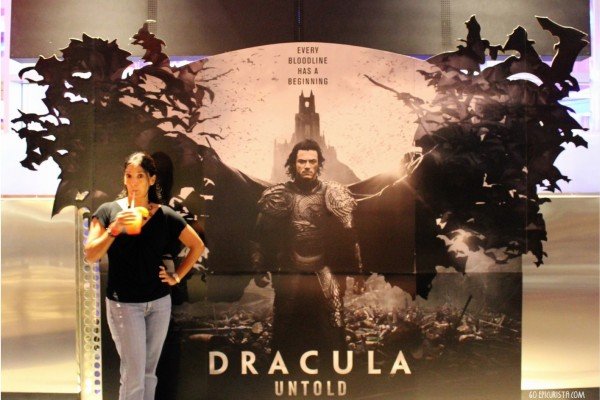 Universal Cineplex is one of my favorite movie theaters in Orlando to see first releases. It offers 20 theaters with digital projection and IMAX, comfy stadium seats (I wish airplanes had seats like this!), concessions stand with pretty good chicken tenders and fries, pizza and mozzarella sticks if you’re hungry for more than popcorn, free refills on large sodas and popcorn, plus a full bar.

In honor of Dracula Untold, the bar has created some fun cocktails, available for a limited time. A bit pricey at $17 for a double cocktail (I asked for a single at $8.50) but nonetheless fun. Beer, Wine and Spirits are available as well. 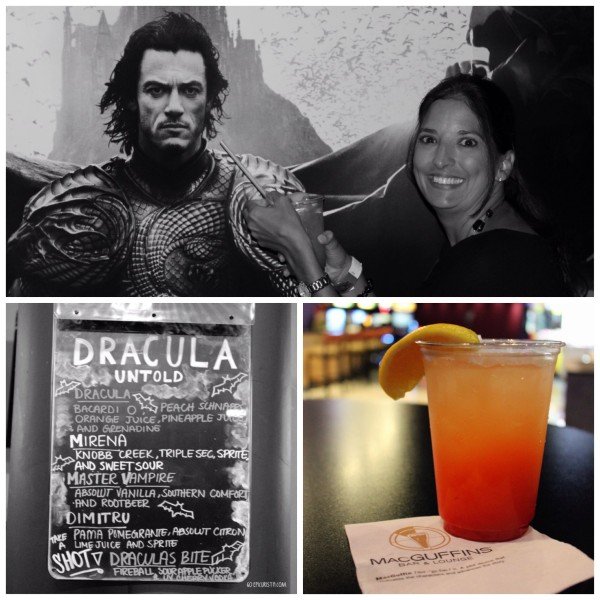 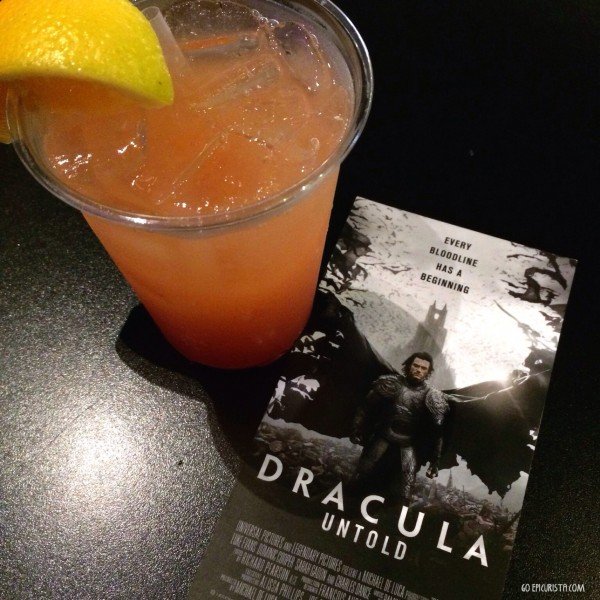 Dracula Cocktail
One of the best, little known, features of this bar is that you can avoid waiting in the concessions line by ordering your food, popcorn and snacks while sitting at the bar enjoying a nice cold beverage. This might justify the price of the drink after all! 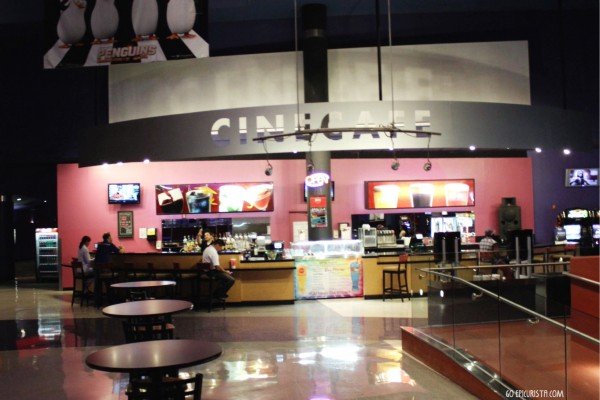 My preferred pairing with Dracula Untold would be a robust and elegant, full-bodied, inky red wine that’s been aged for a few years. After all, Dracula is the most elegant monster out there and he’s been around for centuries. A killer red (pun intended) like the 2010 Nicolas Catena Zapata “Adrianna” Malbec I recently tasted with Bodegas Catena Zapata winemaker Ernesto Barjda would be perfect. It is elegant and smooth with a gorgeous deep red/purple color. When asked about the aging potential of this wine, Barjda answered “I want to believe I will be drinking this wine until the day I die” If he was Dracula, that would be forever!

Cocktails with Dracula Untold was a fun outing. I hope you’re inspired to GO have a good time with friends!

Dracula Untold, directed by Gary Shore and produced by Michael De Luca, is in theaters now. Don’t miss it in theaters as this movie should be seen on a big screen. 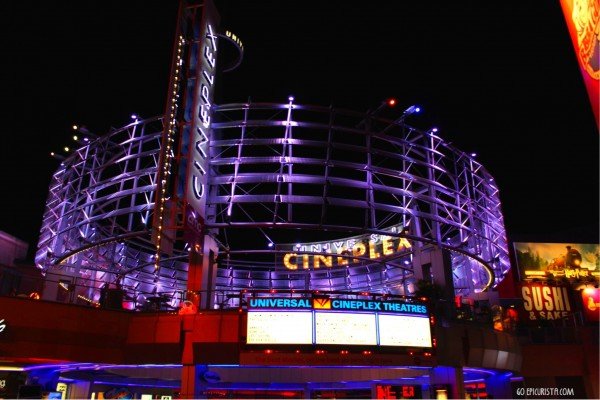 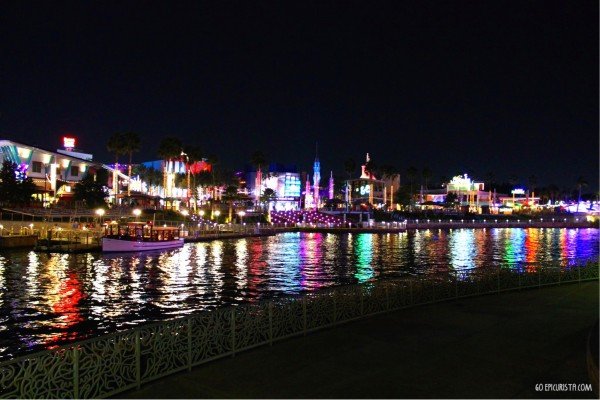 What cocktail would you pair with Dracula Untold? Share in the comments below.