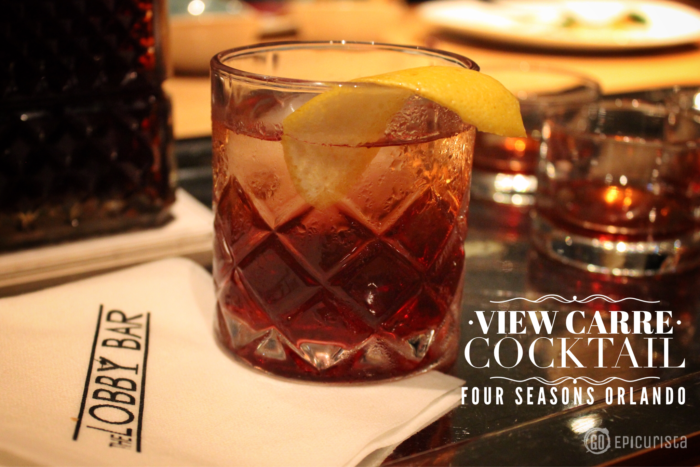 Are you a brown spirits fan? I can tell you that I certainly wasn’t. That is, until I realized there was so much more to brown spirits than just a straight shot! Brown spirits, like bourbon and whiskey, have become favorites of the craft cocktail scene because they add so much character to an otherwise mundane drink. Whereas vodka is versatile, and most often invisible as it morphs into any flavor it’s paired with, brown spirits infuse drinks with layers of complexity which make tasting so much more fun. I owe my new delight in brown spirits to expert mixologists who have challenged – and delighted – my taste buds, like Jackie Keogh, resort mixologist at Four Seasons Resort Orlando at Walt Disney World Resort. Her new creation for the Cocktail Quarterly Initiative, The Vieux Carre Cocktail, is likely to convert the non-brown spirit drinker.

Four Seasons Resort Orlando at Walt Disney World Resort is celebrating the latest chapter of their Cocktail Quarterly initiative by Four Seasons by introducing a cocktail combining traditional Bulleit bourbon and rye whiskey. Now through February 7, 2017, guests can enjoy the Vieux Carre Cocktail, offered exclusively at The Lobby Bar. The bourbon whiskey mixture is barrel aged for one month, resulting in a smooth cocktail that stays true to the classic recipe yet adds a layer of unique complexity.

“Brown spirits such as whiskey and bourbon are ideal for creating special flavours, offering a different taste and texture,” says Cory Saffran, Director of Food and Beverage. “Using a high-quality bourbon like Bulleit in our barrel has resulted in a diverse cocktail that you can’t get anywhere else.”

Rich in flavor and in history, the recipe for the Resort’s barrel aged cocktail pays homage to the original 1930’s New Orleans recipe. Named after the Crescent City’s French Quarter, it’s potent yet smooth and sophisticated. A bit mysterious and fun, like the city itself. This recipe, unlike the original features bourbon as well as the required rye whiskey. Inspired by the history of Augustus Bulleit, the founder of Bulleit distilling, Bulleit created a unique bourbon with a high-rye recipe that he sold to whiskey lovers around America in the 1800s. When he vanished without a trace while delivering barrels of Bulleit from Kentucky to New Orleans, the recipe was nearly lost until his great-great grandson revived the recipe and distillery in 1987.

The Vieux Carre cocktail is one of many barrel-aged cocktails featuring Bulleit Bourbon offered by Four Seasons hotels and resorts as part of the Cocktail Quarterly series. Barrel-aged cocktails are prominently featured throughout several of the Resort’s other dining outlets. Capa, the Resort’s rooftop steakhouse, has a barrel ageing Four Seasons custom selected Knob Creek Bourbon and house-made bitters for the Solera cocktail. At Ravello, the Knob Creek Bourbon is aged for the Boulevardier cocktail. This year, PB&G also offered a custom barrel of Four Roses bourbon selected from the distillery in Lawrenceburg, Kentucky, that was aging in a charred oak barrel since October 2004.
Guests can enjoy the cocktail at The Lobby Bar with a tasting flight that features the original all-Bulleit rye whiskey Vieux Carre alongside an unaged bourbon and rye mixed Vieux Carre. Tasting both versions enables one to experience the difference in flavours when developed within the barrel over time.

If you want to try your hand at making this cocktail at home, first you must barrel-age your bourbon and whiskey for one month. Oak-Barrel aging kits can be found online for the true enthusiast experience! Then follow this easy recipe which is sure to impress all your friends!

1. Add all ingredients to a mixing glass and fill with ice.
2. Stir then strain into a cocktail glass.
3. Garnish with Orange Peel. 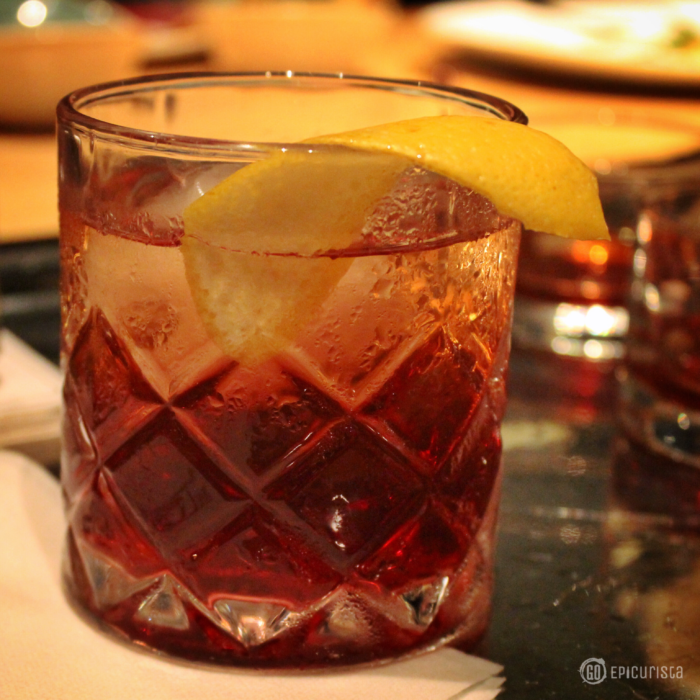 The Cocktail Quarterly series devotes attention to one cocktail trend, technique or seasonal ingredient each quarter. Participating Four Seasons properties in the Americas create a cocktail that speaks to each theme while infusing their own individual inspiration and ingredients. Launched in the summer of 2015, the series now adds the barrel aged cocktail to a list of creative libations featured throughout the initiative, including floral-inspired spring cocktails, tea and coffee cocktails, bubbly beverages, and riffs on the Old Fashioned, as well as the Margarita. For additional details on the Cocktail Quarterly initiative including recipes, tips and inspiration from mixologists worldwide, follow the #CocktailQuarterly hashtag on Facebook, Instagram, and Twitter. 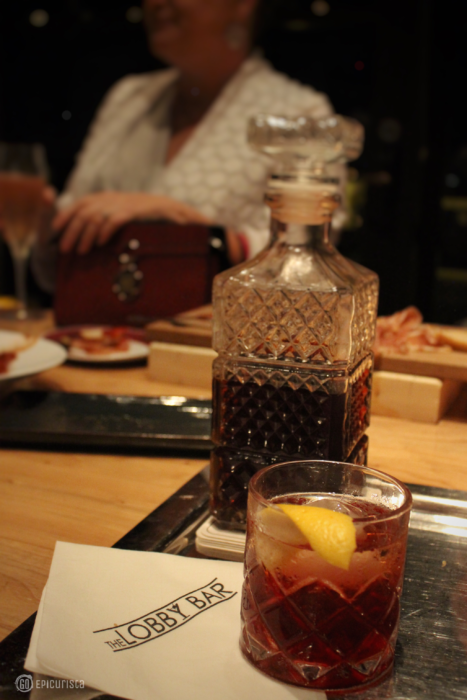 Whether you try your hand at making a barrel-aged Vieux Carre Cocktail at home or you head out to Four Seasons Orlando Resort, make a date with friends and go #MakeSomedayHappen today! Life is too short to put off enjoying it until a someday that may never come.

Are you a fan of brown spirits? Are you curious to check out this trend? I would love to hear about it in the comments below.

Disclosure: I was an invited media guest of Four Seasons Resorts Orlando to preview The Cocktail Quarterly Series. No other form of compensation received. As always, I only share with you culinary and travel experiences worth celebrating with friends.